While the Nintendo Wii U was in circulation, it was mentioned countless times that an update to use two Gamepads on the same console was going to be incorporated at some point. A role that never made it to the end of its days, and now former USA division president Reggie Fils-Aimé has spoken about it.

In an interview with MinnMaxx, the exec mentioned that GamePad local multiplayer on Wii U never happened for two reasons. First, as most had already guessed, the installed base of Wii U was too low for the company to explore the idea. This was going to be an investment that obviously was not going to pay off in sales.

On the other hand, the Japanese company never had a clear idea for a game that needed two Wii U Gamepad. Stating that if you're going to work on that kind of functionality for a system, you certainly need a game to show it off. One of the games that was going to exploit the idea (in single player) was going to be Zelda: Breath of the Wild. 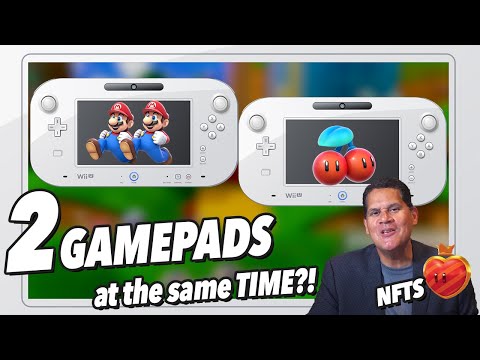 In news related to Nintendo Wii U. It is confirmed that there is still a way to add credit card balance to this console and also to Nintendo 3DS, only a device is needed in between. In case you want to know the steps you must follow to add money to these past consoles, we invite you to click on the following link.